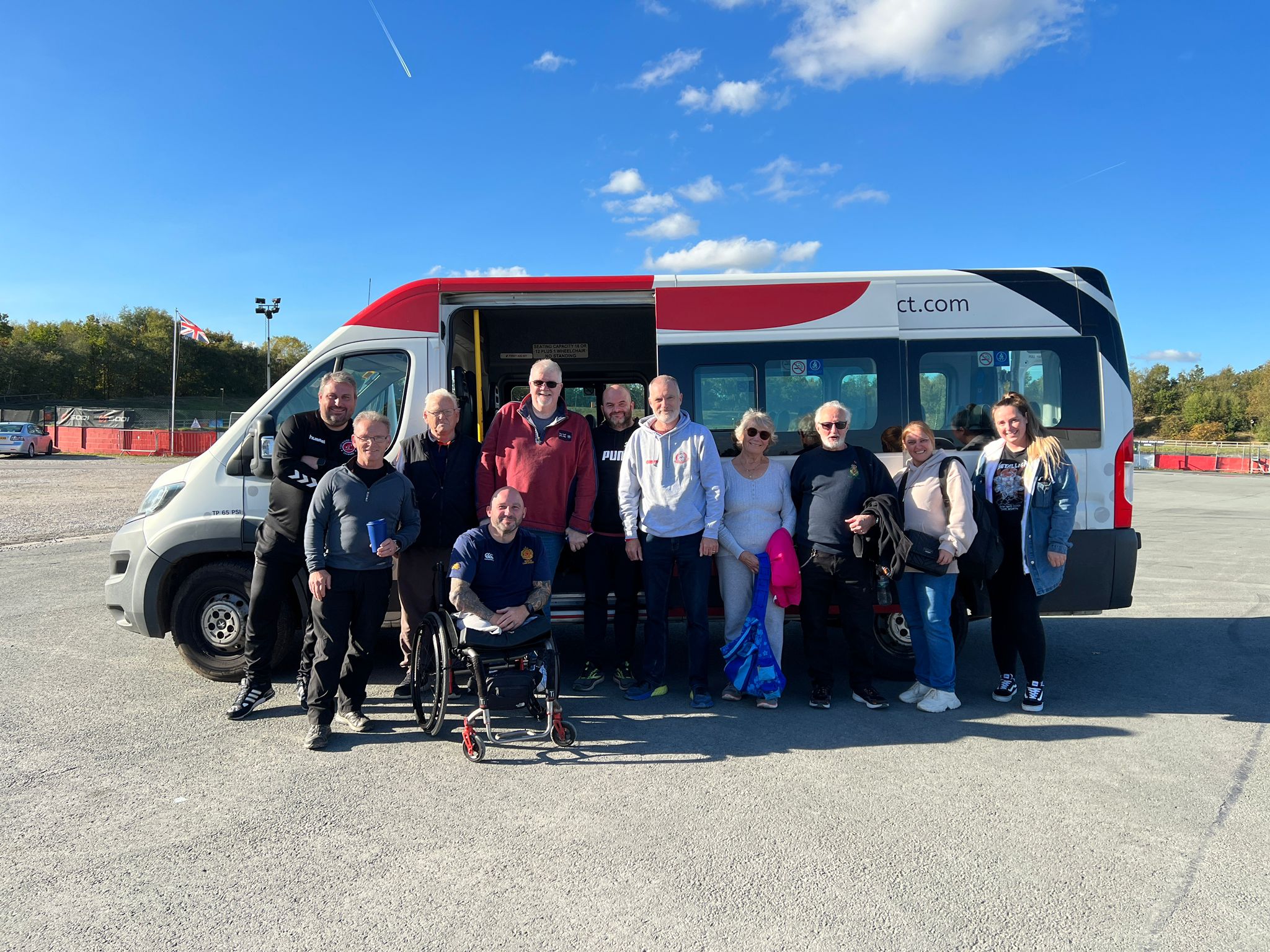 For those of you that are unaware, Mission Motorsport are a registered military charity whose motto is “Race Retrain Recover” and is the MoD’s competent authority for motor sport as a recovery activity.

Fleetwood Town Community Trust have worked with Mission Motorsport to bring our local Armed Forces Community to their events.

On Tuesday 18th October 2022 eleven members of the Positive Pathways group set off in the Community Trust minibus to the 3 sisters racetrack in Wigan. The day ahead would involve them being thrown around the track as passengers in various cars at high speed. For those with a petrol head mentality it doesn’t get much better.

As the group arrived, they were welcomed by the Mission Motorsport team and unfortunately some fog. The usual signing on process and safety brief were completed and while they waited for the fog to lift, they were able to chat to some of the other groups who came along such as beneficiaries of BLESMA another fantastic military charity. Although they all came for the cars it’s important to note how vital this time can be. This is where the friendships and camaraderie grow, and people begin to feel they are in a safe place. That is what these days are all about.

Finally, the track opened, and the fun began with various cars such as a 650bhp Celica, Audi RS3 and many more flying round the track. It was an adrenaline rush as the group were thrown around the corners at high speeds before blasting down the straights.

Our Positive Pathways Co-Ordinator and group lead said “It’s been an amazing day run by a fantastic organisation. The smiles on everyone’s faces as they jump out after their ride is amazing to see and I can’t thank Mission Motorsport enough for putting on these events. Not only do the members have a great time but they engage with each other building friendships and the laughter you can hear is testament to that.

As for the cars I have to say being thrown around by the 650bhp Celica was amazing and such a rush. I look forward to being involved in more events like this and bringing more members to such fantastic days and I’d like to thank Fleetwood Town Community Trust for supporting me in these helping organise these events.”

Ross (former Navy) one of the participants said “It was a great day at the 3 sisters circuit experiencing all the different cars and driving styles. The Mission Motorsport team were great hosts and a big thanks to both them and Fleetwood Town Community Trust. It’s always enjoyable to spend time with other members of the Armed Forces Community.”

If you are a member of our local Armed Forces Community and would like to know more about events like today as well as our regular events, then please contact Rick on 07949523089 or rick.clement@fleetwoodtownfc.com