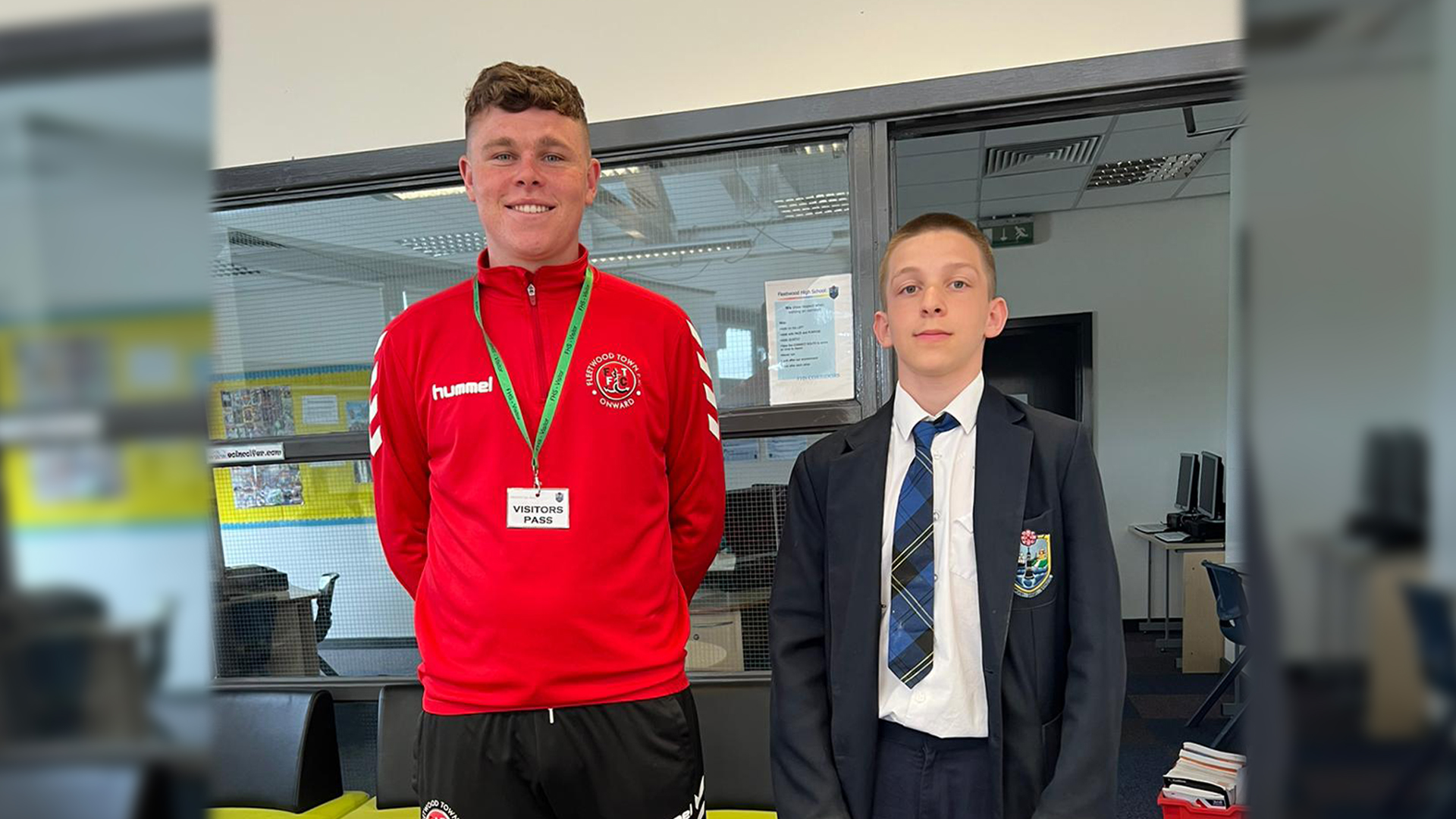 Meet McKenzie, a Year 9 student from Fleetwood High School who throughout this academic year has taken part in the Premier League Inspires delivery as part of the Opportunity Area’s mentoring in partnership with Blackpool FC Community Trust. McKenzie really enjoys sports, particularly boxing. PL Inspires mentor, Jordan has been working with Mckenzie for the past year and in that time his attendance has improved to 92%, an increase of 17% on last year, whilst his behaviour in school has really improved.

In his first years in high school his behaviour was poor and he “hung around with the wrong crowd”, he would be disruptive in lesson, not showing up on time and answering back to teachers. However, within this past year teachers have recognised the improvement that McKenzie has made, with his approach and mentality towards school. McKenzie added, “Premier League Inspires has really helped me, its relaxing and I learn how to cope with things and talk about any problems or challenges that I’m facing.”

McKenzie has learnt to be more resilient and regularly demonstrates working as part of a team, both in school and out. One of the main consistencies has been attending boxing with McGann boxing in Fleetwood. He explains, “When I’m stressed, boxing helps me get the anger away”.

Jordan Kilgallon, PL Inspires Mentor explained, “McKenzie has been a joy to work with. His punctuality has improved and he always manages to complete all of the tasks set each week. It is also clear to see that his confidence has increased, not only in our lessons but also engaging in other lessons, where he wants to provide answers in front of his classmates.”