MAN v FAT is a national initiative, which support men in losing weight through the power of weekly football. 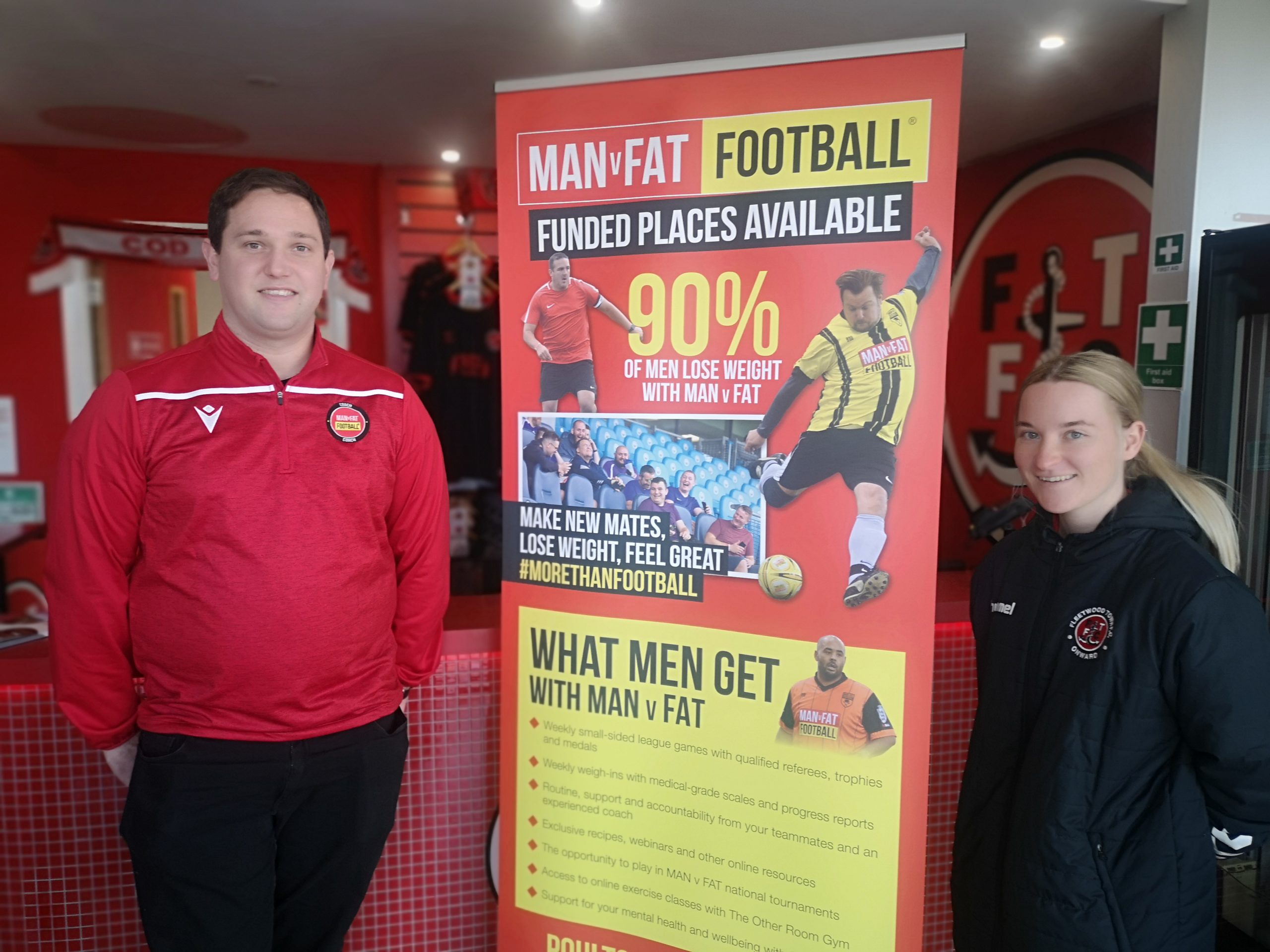 In February 2022, Fleetwood Town Community Trust were commissioned the project through Wyre Borough Council. The aim of the project is for men in Wyre to lose weight, with coaches at the Trust encouraging players each week through recipe’s and organised football leagues at Poolfoot Farm in Thornton Cleveleys. The 1st season is currently 10 weeks in with a total of 86KG lost to date between all players, with 4 weeks of the season remaining players have been set the overall target of losing 110KG in total.

Local men who want to tackle their weight issues now have the chance to join this incredibly successful weight loss league. So far, with over 70% of players losing weight and some players losing over 12KG in just 10 weeks. MAN v FAT combines football with easy to follow diet and lifestyle advice as well as 24/7 online and offline support. There’s the traditional weigh-ins before each game, but this is then followed-up by a 28 minute game of six-a-side football. Extra goal bonuses are awarded depending on the pounds lost by the players, so everybody works together.

Participant, Terry explained the impact that Man v Fat has had on him so far, “I started Man v Fat just over 8 weeks ago and I had really poor fitness levels, since then I’ve gradually built up my stamina and can now play a full game and feel great afterwards! I have now lost a total of 12.6Kg which is 13% of my starting weight. I have found that the weekly weigh in’s and recipe’s provided have kept me on track and focussed throughout the week. “

The Trust will be delivering the second league in June 2022 and you can register your place, here: MANvFAT Football

PrevPreviousSteve has been an ever present member of the Fleetwood Flyers group since March 2017, in which Fleetwood Town Community Trust continue to partner.
NextFleetwood High School Student Excels on Premier League Inspires ProgrammeNext