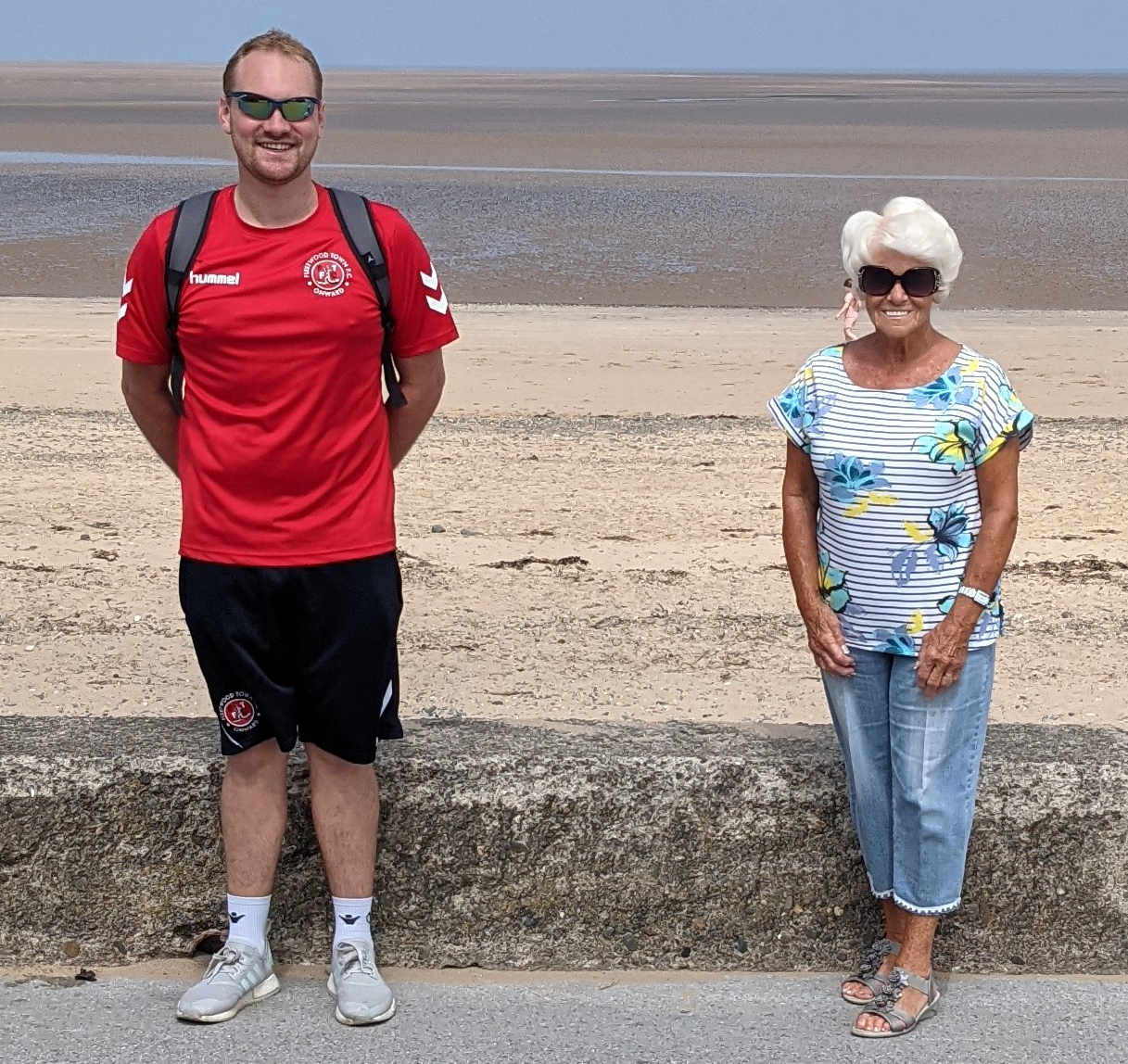 Linda, a Fleetwood resident, has been retired for 32 years. The former hair dresser from Manchester and her husband moved to Fleetwood after her husband had some health issues, before permanently retiring here.

Linda and her husband were avid travellers, one of their favourite locations to visit was Cyprus where they ventured to total of 42 times. In 2012 while on holiday in Cyprus, Linda’s husband had a heart attack and had to have open heart surgery. Despite a successful surgery, in October of 2013 he sadly passed away.

Linda had spent her whole life doing everything with her husband and found herself, feeling alone with no confidence. She gathered the courage and took the first step and travelled to Cyprus alone. She felt she knew the area well and knew enough people there that it was a good starting point. Linda began to gain the confidence to travel by herself, and over the years went on many trips around the world.

Linda had spent 2019 like she usually does, booking trips, she had nine to look forward to in 2020. She returned from one of her holidays in Feb 2020 and on March 23rd 2020 the UK went into full Lockdown.

All of her trips were cancelled, she lived alone and had nothing to look forward to and no motivation. The last 7 years Linda spent building up confidence to travel alone and meet new people was fading away. Linda wasn’t in anybody’s bubble and has no immediate family members. There were days when she wouldn’t get dressed, felt down, had little or no mood and overall didn’t interact with anyone for 18 months.

As the lockdown measures started to slowly lift, she tried to do some exercise by herself going on small walks still not having much confidence. Linda had gotten herself a new phone and had joined social media where she found a local session in Fleetwood for meeting people. She met two Social Prescribers working for the NHS Wendy and Lisa, not only did they feel welcome they gave her information of Fleetwood Town Community Trusts ‘Walk and Talk’ sessions which take place on a weekly basis, they thought would benefit her physical and mental health.

The first session she attended was at Marine Hall in Fleetwood. Linda arrived early and sat in her car not knowing whether or not she could gather the courage to get out of the car, not knowing anyone she was about to socialise with for the first time. After waiting a little while, she saw Rick Clement, Fleetwood Town Community Trusts Positive Pathway’s Co-ordinator, arrive and watching him leave his own car thought to herself “if he can do it, then I can too”. Linda introduced herself and after the first time she began attending the sessions on a weekly basis.

Each time she attended it felt a little easier as she began to build friendships with other members of the walk. One week there was awful weather, which usually Linda wouldn’t leave the house during, however on this occasion she felt differently. Knowing that Chris who leads the session would still be there despite the weather she didn’t want to let him down. After the walk Linda was so pleased with herself for stepping outside of her comfort zone because Chris was the first person she had spoken to in a week.

Linda has been attending the ‘Walk and Talk’ for a month now and she feels more confident and is happy with the friendships she has started to build. At one point she thought she would never be able to find the confidence to travel alone again, this week she is heading on staycation with a new friend taking the first step to getting that confidence back. Chris, Rick and all at The Community Trust are so happy for Linda.

To anyone struggling with motivation and confidence, coming on the Walk and Talk can help you too, Linda says “Just take that first step, as scary as it seems, just the small step can take you so far”.

“Our walk and talks are aimed to prevent social isolation and improve your physical health and mental wellbeing, overall we just want to make sure everyone has some exercise and someone to talk to!” – Chris Hodkin Community Engagement Officer