The brand name of the campaign – Let’s Kick Racism Out of Football – was established in 1993 and Kick It Out established as a body in 1997. Kick It Out works throughout the football, educational and community sectors to challenge discrimination to encourage inclusive practices and work for positive change. 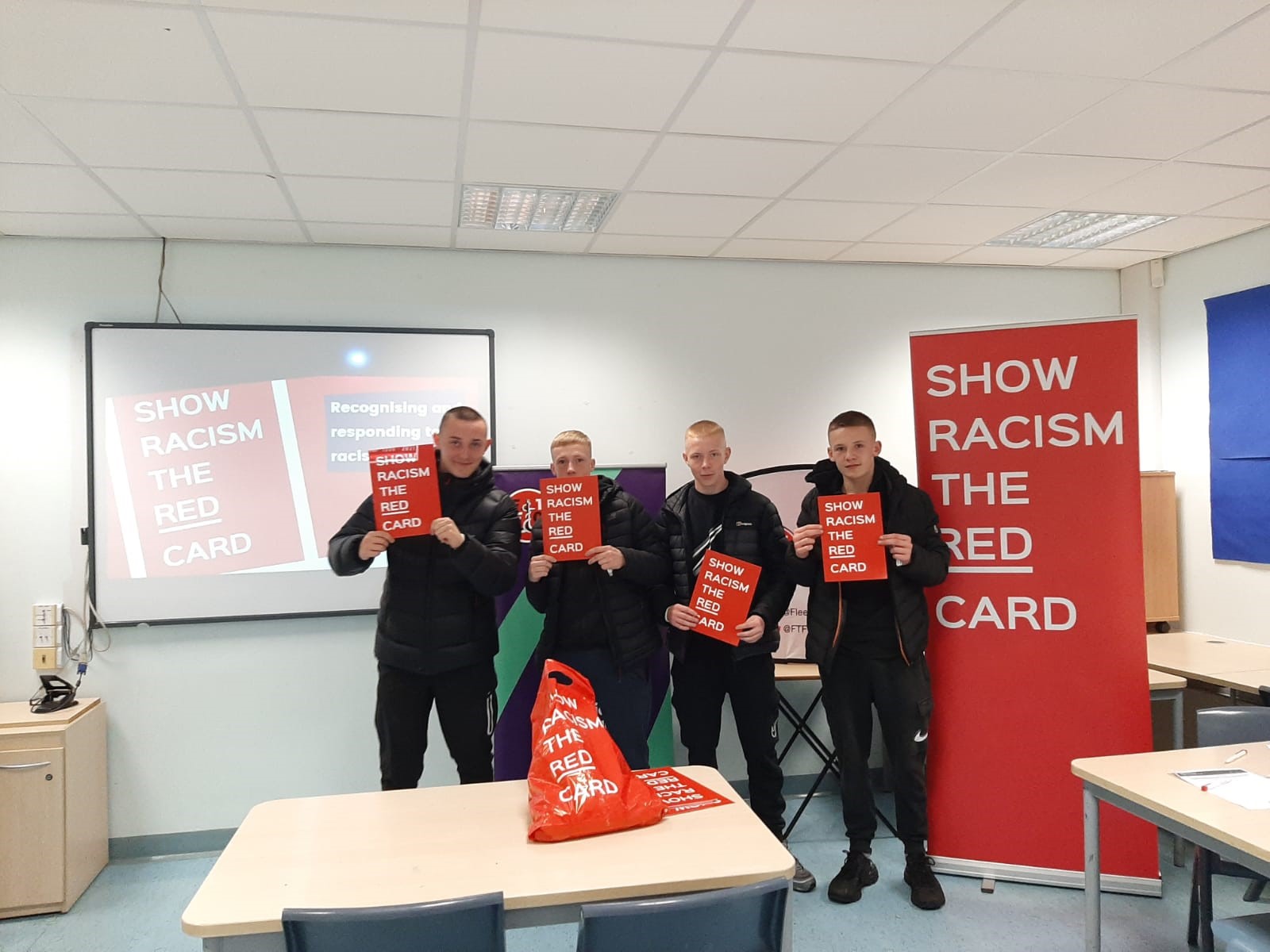 The campaign is supported and funded by the game’s governing bodies, including founding body the Professional Footballers Association (PFA), the Premier League and The Football Association.

2004 marked ten years of campaigning.
Internationally, Kick It Out plays a leading role in the Football against Racism in Europe (FARE) network and has been cited as an example of good practice by the European governing body UEFA, the world governing body FIFA, the Council of Europe, the European Commission, European parliamentarians, and the British Council.

Last year Fleetwood Town Community Trust supported Kick it Out by  delivering educational workshops in partnership with show racism the red card to participants of our Premier League kicks sessions.