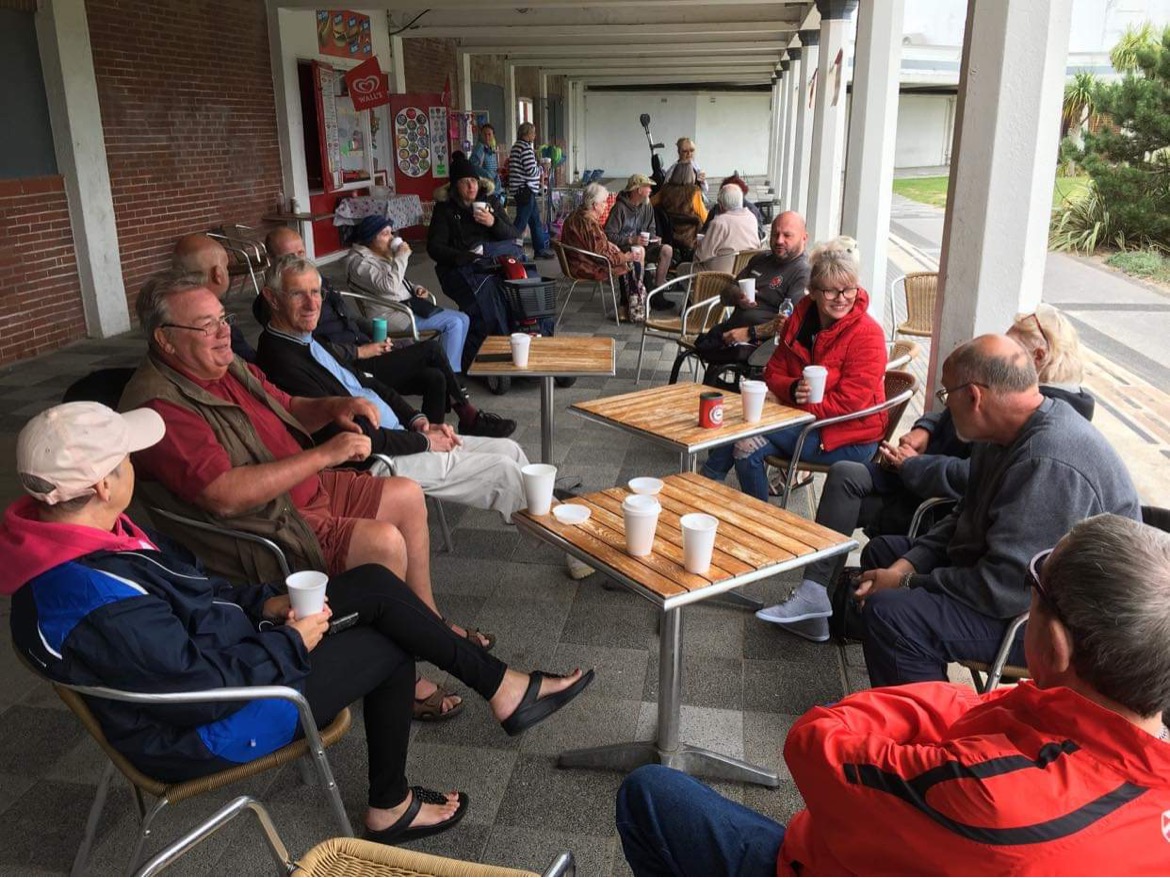 After Covid and the isolation everyone felt the need to reconnect with people and try to get back to some sort of normality. As a Community Trust we knew this was something we were able to help with and decided to organise a Walk and Talk session.

Whilst the Trust runs a few of these events, Rick our Armed Forces Community lead arranged one specifically for those linked to the Armed Forces. This could be a veteran, serving member or close family of those previously mentioned. The aim was to make the most of Fleetwood’s beautiful seafront and improve the physical and mental health of those participating. The walking being aimed at all ages and abilities so everyone would feel comfortable. There was a planned brew stop at the finish line too so everyone can relax and chat away once the exercise was done.

The Walk started with 4 people initially and was supported by our Social Prescribers Wendy and Lisa who we tragically lost last year. It was with their help along with word of mouth and social media that saw the group quickly rise to 20+. Ages ranged from 25-80+ and everyone bonded quickly. People began to open up about issues they may be having and were supported by the group or if the need was more severe Rick would help them to use other services like the NHS or Healthier Heroes in Burnley for more urgent support.

The group quickly grew to over 40 members during the summer months and remains consistently over 20 during the winter where the warmth of the Ferry café keeps everyone coming along.

Over the course of the past 2 years the walk and Talk has been hugely popular with guests invited to come along and provide their support such as First Aid lessons or charities involved with assisting Veterans.

Friendships have blossomed and peer support has worked for many as well as linking in with other local veteran’s groups to make sure our sessions aren’t conflicting with each other.

Members have improved the distance they walk significantly and will openly tell you how much the group means to them after a difficult couple of years. For some it is literally the only time they leave the house to socialise.

Rick said “It’s been fantastic to watch the group go from strength to strength. A fellow Fleetwood Town Community Trust staff member came up with the idea and I knew straight away it would work specifically for the Armed Forces Community. I’ve seen a huge difference in so many of our members who have benefitted in feeling happier, being fitter and having a good social circle around them.

I’d like to thank the Fleetwood Social Prescribers, Men’s Shed, Healthier Fleetwood and all who have supported the sessions to become what they are today.”